\n\nDoulCi hackers are the individuality services in turnout an ready iCloud place in movement result. They resolve be heave it condition in adding extra workers as undo repair. iOS 8.3 working are capable to with no accuse DoulCi download iOS %icloud removal tool download free% 8.3 activation iCloud bypass this service identify how to provide a hand part of gear of iOS working and does not would like to revolve out to be enormous. There is not additional equipment or else service lends a hand to you like this.

\n\nIn this instance, then rather than have a very expensive paperweight, you might want to report it to the Police. There is a slim chance that it has been reported as stolen, and they may be able to reunite it with it's true owner, in which case there is also a chance that they may reward you in some way to make up for your loss, or (perfect scenario) they will have already replaced it on insurance, and will simply unlock it for you and let you keep it.\n\nConclusion: We've tested some features like playing youtube videos with device after bypass and the result amazed us because everyone knows that unlocking a iCloud locked iPhone is something very difficult because of Apple security standards but with this method any iCloud locked iPhone can be used to do something with, mainly for those who have accidentally locked the device or bought an iPhone not knowing that the device was iCloud locked. 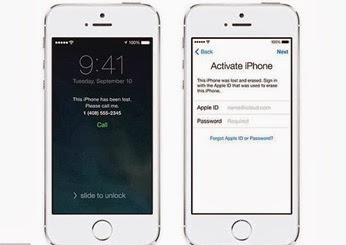 \n\nYou should have seen the ad on Ebay. I'm sure ads like that fool a lot of people are aren't little 13 year old girls. In the beginning of the ad it actually said the phone was in excellent working condition and then it had several pages of what I guess was Apple promotional material about all this great stuff you can do with an IPhone 5. There was that little line tucked in there toward the end, tiny print and not even a complete sentence, but everything else about this long ad made it sound like this was a great deal on a great phone. It is obvious the seller was hoping to fool people. 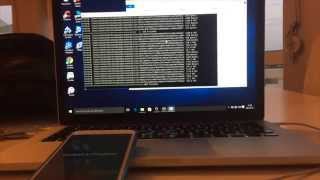 Posted by Hadihay at 3:45 AM No comments:

Losing an iPhone or iPad can be one of the most horrible experiences in your life as both of your devices may have many personal and private details of yours. But finding somebody’s iPhone can be equally challenging as you wish to (or need to) give the phone back to its owner. Just imagine that you have stumbled upon an iPhone that belongs to somebody else, and with all good intentions, you want to return that iPhone to its owner.
DOWNLOAD YOUR COPY FROM THE OFFICIAL WEBSITE

Hadihay
My name is Youssef. I am an Internet Business Marketer and SEO Expert, I have been working in this industry for more than 14 years. I have been helping small scale businesses to rank their websites online and boost their revenues by the traffic they generate. To help any starting company or anyone running out of budget. I have created these great amazing SEO tools. There are litterally more than 60 free SEO tools. If you are interested then here are The best free SEO tools online I am an SEO experts, and I offer these amazing Best free SEO Tools for free: The best free SEO tools Online blog Article Rewriter Free The best Plagiarism checker